Brick is one of the oldest building materials that, according to some archaeologists, dates back to ten thousand years ago. The origin of the word brick, which is also called Ajour and Agour in Persian, is unknown.

It is recorded in Akkadian as agurru, in Aramaic as agur, in Arabic as brick, and in ancient Armenian as agur. The word Babylonian brick was the name of the bricks on which charters, laws, and the like were written. Early brick kilns were undoubtedly formed from places where layers of firewood and clay were stacked alternately. Remains of pottery and brick kilns in Susa and Silk of Kashan, which date back to the fourth millennium BC, have been found in Iran. There are also indications of the production and consumption of bricks in India, which indicate a history of six thousand years of bricks in this country. Clay bricks have been used for about 5,000 years. Apparently, for the first time, bricks were used to build cities in Mesopotamia and the Indus Valley in Pakistan. Hand-made (pressed) brick, made by the hands of the working class artist, which has strengthened and beautified palaces, places of worship, schools, mosques and buildings, has been used for seven thousand years. But unfortunately, today this thousand-year-old handicraft is dying.
In the urban development of Tehran, there are no traces of hand-made brick kilns near Shousha Square, Old Rey Road and Hashemabad. However, in Mahmoud Abad, 30 brick chimneys from brick kilns, some of which are up to 300 meters long and have been permanently shut down since 1977, are still standing.

In the early days of the Iran-Iraq war, Iraqi planes repeatedly targeted these chimneys instead of the Tehran refinery. Prior to the electrification of these kilns, high brick rods were used for ventilation and chimneys. 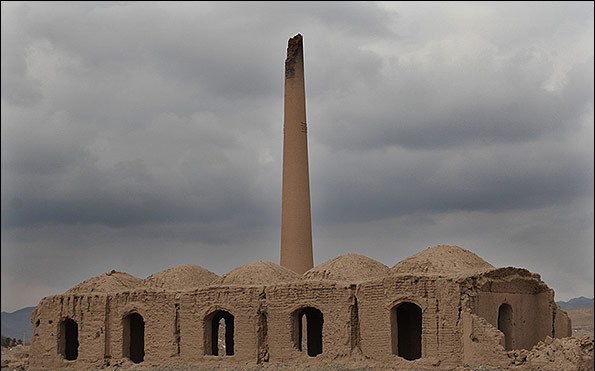 History of the origin of bricks in Iranian works

The history and construction of bricks dates back to ancient times and according to available documents, the origin and consumption of bricks has been thousands of years before history.
In ancient times, along the Tigris and Euphrates rivers and after their eruption, a large amount of mud was deposited on the surface of the earth.
These sediments had a special adhesion. After the sun's water had evaporated, the mud and mud had formed cracks, which turned the dried mud into irregular cubes and were used as mortar for the stratified mud walls of the day.
It is noteworthy that the tent stoves that were engaged in herding along the rivers have hardened due to the penetration of fire, which in fact has caused the emergence of cooking methods and as a result, bricks.
In the following years, the construction of the Tower of Babel, the bricklaying and baking of bricks was invented by the Babylonians, and for this reason the name brick, which is a Babylonian word, is known by the same name in most languages.
After this stage, the baking of bricks by the Chaldeans evolved, and with the advent of bricks, a change took place in the building, which until that time was nothing more than bricks and mud. As a result, this led to the beginning of strong brick buildings.
Early bricks were made without molds and like pillows. 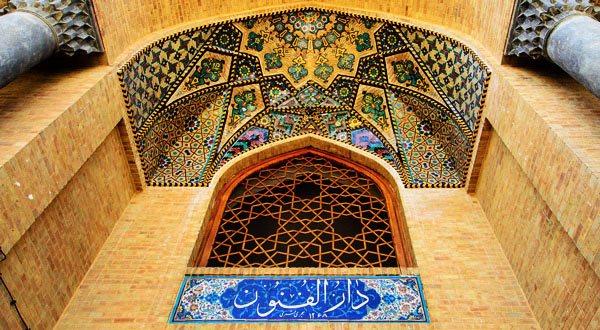 The art of brickwork in the Seljuk period

In the valuable period of Seljuk architecture, brick was used as the main material for the construction of basic structures for all buildings such as caravanserais, water reservoirs, royal buildings, public buildings, mosques, tomb towers, tomb poles, tall mosque poles and other items.
For the decoration of the brick in the form of amulets (covering apart from the skeleton) or bonding and combining with the skeleton of the building, there is a greatness of good taste and creativity in the art of brickwork. So that in the scattered and abundant works of the country in this period, we see very wonderful creations in the art of brickwork. So much so that in the two towers of Kharqan in Qazvin, more than thirty types of brickwork with very beautiful arches and Kufic brick lines are prominent and in the Isfahan Grand Mosque, about 375 arches in various types have been used, most of which are from the Seljuk period. . In this valuable period of architecture, witnessed the emergence of the most beautiful designs in a variety of brick creases, brick knots, brick Kufic lines, the back of tall mosque poles such as Damghan Mosque with a height of 26 meters, multi-faceted minaret of Nain Mosque with about 30 meters high and Sarban minaret with a height of 48 meters and finally the unique mill of Ali Mosque, which was previously the mill of Sanjarieh Mosque with a height of about 52 meters, which later collapsed due to an earthquake and today is about 42 meters high. 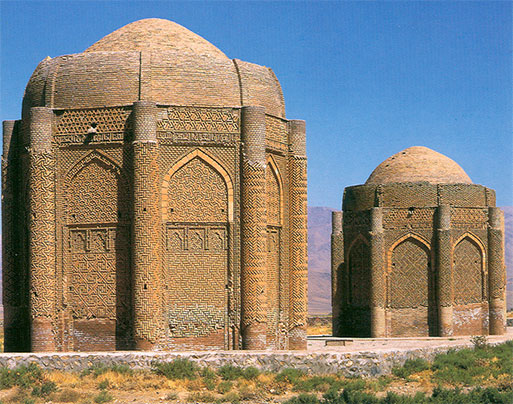 Production of bricks without kilns

In the past, people used to mix bricks, clay and straw by kicking them.
The prepared mixture was then poured into rectangular molds and placed in the sun to cook.
The resulting brick could not hold its own without straw.
Therefore, the people of Babylon, Assyria and ancient Egypt found that by melting clay, bricks were obtained that were stronger and more resistant to air.

Bricks are very old in Tehran

The city of Tehran, with its old buildings and historical monuments, has both a traditional and a very modern identity; Shams al-Amara and Dar al-Fonun, Palace of Museums, Historical Mosques, Brick Buildings of Hassanabad District, National Garden Entrance, Museum of Communication and Post Office, Bank Saderat Building, Sassanid / Achaemenid Brick Buildings, Museum of Ancient Iran and the Ministry of Foreign Affairs, Document Registration Building, Old Schools, The dome of Chaharsooq, the Grand Bazaar, bazaars, caravanserais and the buildings of many houses and shops in the old parts of Tehran owe their beauty and identity to these bricks.

Familiarity with brick and its raw materials

Brick is a type of artificial stone that is obtained by baking raw clay and transforming it due to heat. Brick soil is a mixture of clay, sand, feldspar, limestone, sulfates, sulfurs, phosphates, iron minerals, manganese, magnesium, sodium, potassium, organic matter and..

There are three types of brick ovens:

• Furnace
• Hoffmann Furnace
• Tunnel kiln
Tunnel kilns are the most modern type of brick kilns, which are also used to make premium and industrial ceramics. 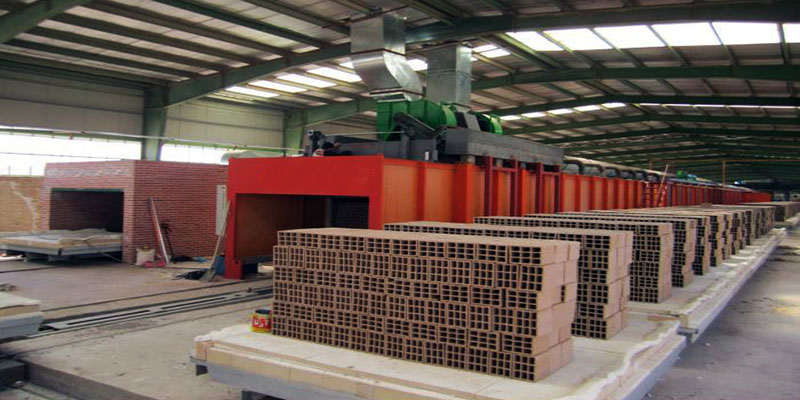